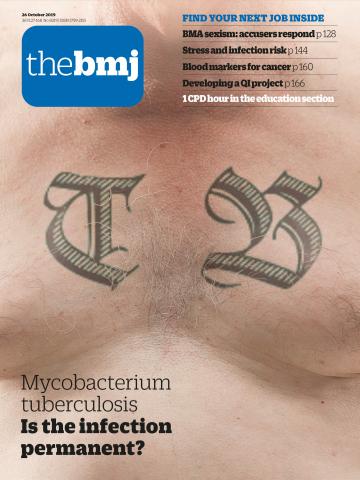 OBJECTIVE: To provide an overview of prediction models for risk of cardiovascular disease (CVD) in the general population.

ELIGIBILITY CRITERIA FOR STUDY SELECTION: Studies describing the development or external validation of a multivariable model for predicting CVD risk in the general population.

RESULTS: 9965 references were screened, of which 212 articles were included in the review, describing the development of 363 prediction models and 473 external validations. Most models were developed in Europe (n=167, 46%), predicted risk of fatal or non-fatal coronary heart disease (n=118, 33%) over a 10 year period (n=209, 58%). The most common predictors were smoking (n=325, 90%) and age (n=321, 88%), and most models were sex specific (n=250, 69%). Substantial heterogeneity in predictor and outcome definitions was observed between models, and important clinical and methodological information were often missing. The prediction horizon was not specified for 49 models (13%), and for 92 (25%) crucial information was missing to enable the model to be used for individual risk prediction. Only 132 developed models (36%) were externally validated and only 70 (19%) by independent investigators. Model performance was heterogeneous and measures such as discrimination and calibration were reported for only 65% and 58% of the external validations, respectively.

CONCLUSIONS: There is an excess of models predicting incident CVD in the general population. The usefulness of most of the models remains unclear owing to methodological shortcomings, incomplete presentation, and lack of external validation and model impact studies. Rather than developing yet another similar CVD risk prediction model, in this era of large datasets, future research should focus on externally validating and comparing head-to-head promising CVD risk models that already exist, on tailoring or even combining these models to local settings, and investigating whether these models can be extended by addition of new predictors.

This article is distributed under the terms of the Creative Commons Attribution Non Commercial 3.0 Unported License, which permits others to distribute, remix, adapt, build upon this work non-commercially, and license their derivative works on different terms, provided the original work is properly cited and the use is non-commercial.